The Swap: a strange new disease that starts by turning a man into a woman or a boy into a girl. As the disease takes root in its host, the feminization becomes more severe. In adults it leads to personality changes, a preoccupation with sex, and a violent temper. In children leads to psychosis, violence, and a craving for human flesh. There is no known cure…

Part 1, Infection by Eric Filler:  It begins on an ordinary night in rural Alabama, as Sheriff Bobby Guin comes across a fatal accident. When he’s attacked by a sexy woman inside the vehicle, he doesn’t think too much of it–until the next morning he wakes up as a woman. With each passing day the Swap takes its toll, turning Bobby more into a woman, and more into a sex-crazed maniac. And with it, the disease begins taking its toll on Bobby’s family as well…

Part 2, Mutation by Ivana Johnson:  Deputy Joe Wallace and his new bride Kate get an urgent phone call from her mother that the National Guard is moving into town. When they go to town, they find it closed off by armed guards who try to kill them rather than risk their secrets getting out.

Joe and Kate sneak into town to find her mother being devoured by a little girl who turns on them. Joe and Kate stop her, but are wounded in the process. They pass out only to wake up as little girls! As they try to learn the truth of what’s happening to them and their town, they have to fight strange new urges threatening to make them into monsters.

Part 3, Patient Zero by P.T. Dilloway:  For 18 months Captain Dashiell Fairborn and his squad have battled the Swap. Then they’re sent on a desperate mission to recpature Bobbi Guin, Patient Zero. Except soon Dash and his squad find themselves infected with a new version of the Swap, one that might let them find a cure.

As Dash and his squad adjust to being women, they have to undertake a dangerous journey to Mobile, Alabama to locate Jo Wallace, the source of the deadly Swap in children. But the Swap isn’t all they have to worry about; some see a way to control the Swap and take ultimate power for themselves.

Can Dash and his team save the world or will they die trying? 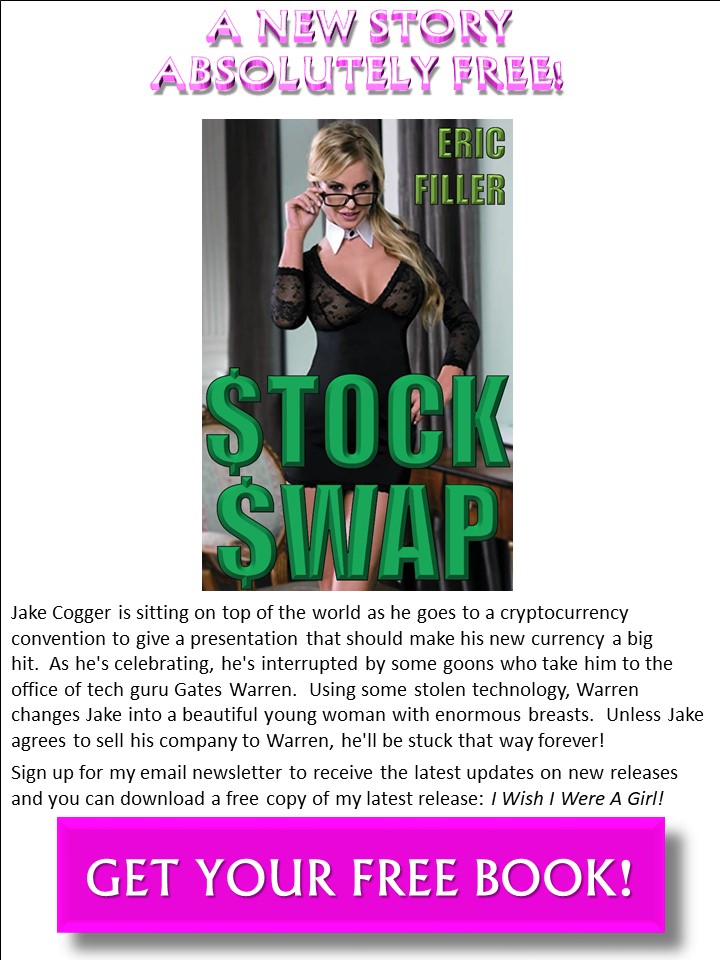